Sea Knees is a shock mitigation boat strategy that greatly reduces the impact on the knees and other joints in the body from boat shock caused by waves and chop. A boat shock mitigation strategy is essential for all crafts that undertake open sea transits or operate in rough or choppy water.
There are low tech design padded seats that may help reduce wave shock fatigue when sitting. However; shock boat mitigation equipment has not been available to address violent and mild collisions encountered with wave shock for boats and the stand up boater until now - Sea Knees.
"Sea Knees Shock Mitigation for Boats - trademarked and patent pending."

Sea Knees - Shock Mitigation Equipment for boats - SeaKnees “Takes the Motion out of the Ocean”. 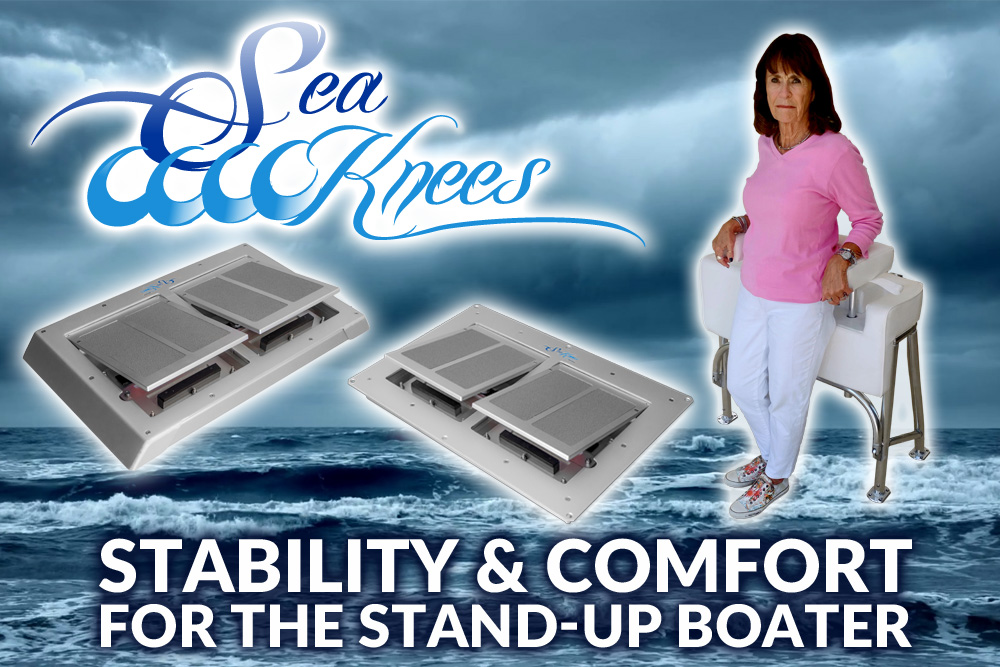